The province of Quispicanchi in Cusco

Quispicanchi is one of the thirteen provinces that make up the department of Cusco. Its geography varies from the high mountains of the Vilcanota Mountain Range to the lush jungle of Cusco bordering the department of Madre de Dios. Its capital is the district of Urcos, located 47 kilometers by road from the city of Cusco. Its tourism is based mainly on the attractions of the so-called South Valley of Cusco: Tipón, Piquillacta and Andahuaylillas.

All about the province of Quispicanchi

Explore the province of Quispicanchi

Quispicanchi is one of the most touristic provinces of Cusco. It stands out for places like Tipón, Piquillacta and the church of Andahuaylillas. These sites are part of the classic tour to the South Valley of Cusco. Meet them! 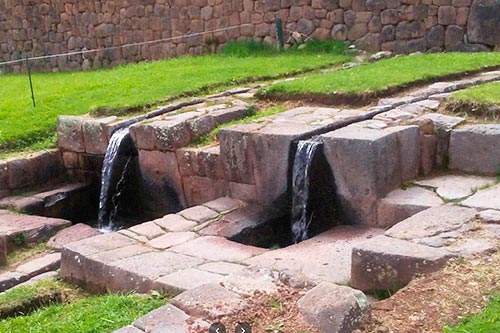 Tipón is an Inca site famous for its water channels. It has enclosures, platforms, walls and terraces. It is part of the tour to the ‘South Valley of... 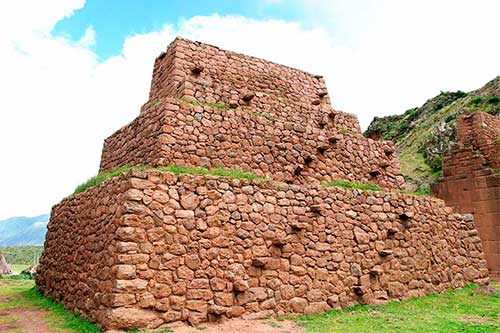 Piquillacta is a pre-Inca archaeological site located in Cusco. It was built by the Wari empire. It is one of the destinations in the South Valley along with... 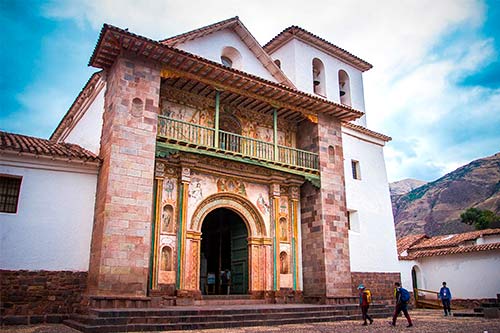 This church in the south of Cusco is famous for its canvases, murals and baroque decoration. It is included in the South Valley Tour or the Andean Baroque... 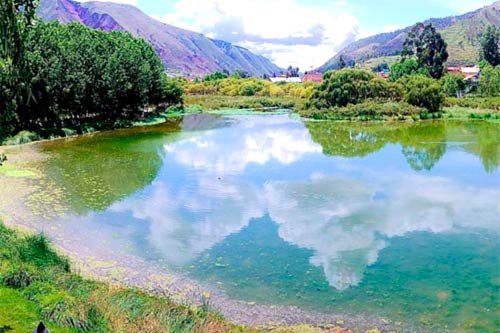 The province of Quispicanchi is one of the most diverse and touristic in the Cusco region. It covers an area of ​​7,564 square kilometers where some 82,173 inhabitants live..

This Andean region has a very important Inca and colonial past. There, for example, the Incas built the palace of Tipon. Before them, an immense citadel of the Wari civilization was built in Piquillacta.

Already in colonial times, important religious temples were built, such as the churches of Huaro and Andahuaylillas. The latter is called the 'Sistine Chapel of America', due to its motley decoration in murals and canvases.

Its geography encompasses the Vilcanota mountain range, the high plateau region south of Cusco as well as the Amazon region bordering the department of Madre de Dios. Its capital Urcos is located at 3,150 meters above sea level.

In the province there are imposing snow-capped mountains such as Ausangate, the highest in Cusco located at 6,384 meters above sea level. There are also beautiful lagoons such as the Singrenacocha lagoon and the Urcos lagoon.

Urcos, the capital of the province, is located 47 kilometers by road from the city of Cusco. To get there you must take the following route:

If you want to visit the tourist attractions of the South Valley of Cusco, you must take a public transport bus to the town of Tipón (bus ticket cost approximately 2 Peruvian soles).

The history of the province dates back to times before the Incas. The area was inhabited by ethnic groups (families) that ended up allying or submitting to the power of the nascent Inca empire in the fifteenth century. One of the most powerful cultures before the Incas were the Wari who built the city of Piquillacta, approximately 35 kilometers from the city of Cusco. The Incas respected this construction and built new temples, terraces and roads.

According to some chronicles, Tipón (belongs to the district of Oropesa) was built in the 15th century to be the residence of the Inca ruler Yahuar Huacac. The expansion of the current province took place under the government of Emperor Pachacutec (1418 AD – 1471 AD).

The Incas maintained a trade with the native peoples of the jungle region (the antisuyo, according to the Incas). However, these did not consolidate their dominance in the mysterious jungles of the region. Already in the 16th century, the Spanish subdued the Incas thanks to alliances with other enemy peoples. These built Catholic temples on top of the Inca temples. This is how the current temples of Huaro, Canincunca and Andahuaylillas were built.

Today the province of Quispicanchi has many traditions and customs originating mainly from its Inca and colonial past. Its main tourist attractions are its towns and, above all, the attractions of the so-called South Valley of Cusco: Tipón, Piquillacta and Andahuaylillas.

Tourist attractions you must visit

These are the main tourist attractions in the province of Quispicanchi:

The weather in Quispicanchi varies by region and altitude. For example, in Urcos, the capital of the province, the temperature varies from a maximum of 24ºC. and a minimum of 3ºC. In the town of Quincemil (in the jungle region of Cusco), the maximum temperature can reach 32ºC. and the minimum temperature is 15ºC.

Whether in the mountains or jungle region of the province, the rains are more intense from November to April. From May to October they occur less frequently.

In the community of Mawayani, district of Ocongate (at the foot of the imposing snow-capped Ausangate) the most impressive pilgrimage in the entire Andes Mountains takes place. This is the festival in honor of the Lord of Qoylluriti. More than 10,000 people attend this religious festival. The striking thing is that the pilgrimage takes place at almost 5 thousand meters above sea level. It is considered Cultural Heritage of Humanity by UNESCO.

The town of Huasao, just 19 kilometers by road from the city of Cusco. At first glance, the town does not differ from the other towns in the region. However, what is striking is that dozens of sorcerers or shamans who descend from a lineage of shamans, the most famous and "reliable" in the region, meet there. That is why Huasao is called 'the town of the sorcerers'.

Oropesa, another of the towns in the province of Quispicanchi, is famous for its numerous ovens where the most delicious breads of the region are cooked. There are not a few tourists who travel there to buy chuta bread, very famous throughout Cusco. That is why Oropesa is known as the 'town of bread'. It is only 25 kilometers by road from the city.