Pisac is the name of a town in the Sacred Valley of the Incas. In the upper part of this town is the archaeological site of the ancient Inca city of Pisaq, which would have housed the Inca Pachacutec himself. The enclosure houses many high-quality carved stone structures. They highlight the famous 'Intihuatana', a religious structure in honor of the sun. Every Sunday, the town offers an artisan market where a great variety of souvenirs are sold at good prices. For all this, it is one of the most popular destinations in the Sacred Valley of the Incas.

Pisac is only 34 kilometers from the city of Cusco. Visit this peculiar town and know its Inca archaeological site, its famous market and much more. 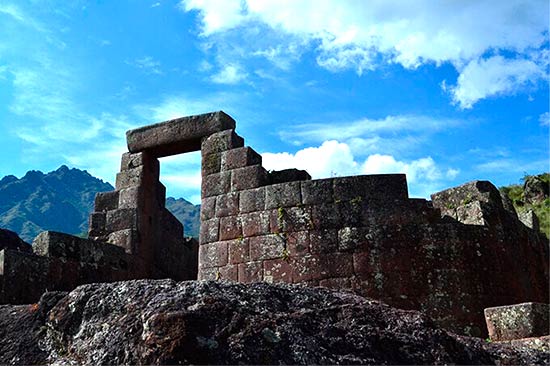 The archaeological site of Pisac is located in the Sacred Valley of the Incas. Its name means ‘partridge’ because the place has the shape of this Andean... 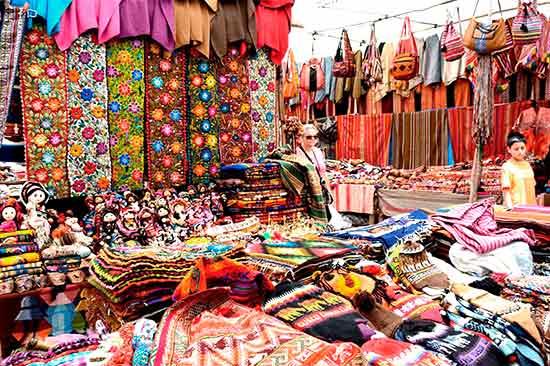 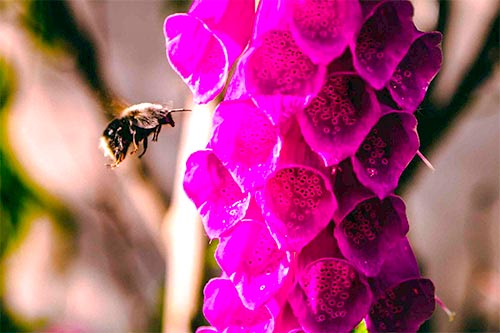 The garden is located in the town of Pisac, in the Sacred Valley of the Incas. It has samples of flowers, insects, cacti and other species of flora.

What does Pisac mean ?

Pisac is a word that comes from the Quechua word 'Pisaqaq' which means 'Partridge'. This is because the perimeter of the entire enclosure has the shape of this bird, characteristic of the Peruvian Andes. Like Pisac, many cities and temples were shaped like an animal. Another significant example is the ancient city of Cusco, the capital of the Inca empire, which was shaped like a puma.

Map to get to Pisac

Getting to Pisac is very easy. It is the town of the Sacred Valley of the Incas closest to the city of Cusco. You get there by road in a trip of only 1 hour on average. You can take a taxi, although the cheapest option is to take the public transport services located on Puputi street, very close to the Historic Center of the city of Cusco.

Pisac, the valley at the foot of the Vilcanota River, was inhabited at the beginning of the 12th century by Andean tribes such as the Calcas and the Ancasmarca. With the arrival of Manco Capac (the first ruler of the Incas) to Cusco in the 13th century, he managed to establish alliances with these neighboring peoples. It was then that Pisac, located in the northeast limit of the Inca capital, was an important point where they had to settle.

In the 15th century, when the Incas achieved their most vertiginous expansion, Emperor Pachacutec ordered the construction of a city on top of the mountain 'Apu Inti Huatana', which dominates the entire valley of the Vilcanota river. This immense citadel had everything for its subsistence: platforms, water channels, enclosures, temples, stairways and more. It would be the site of the Inca Pachacutec, from where the Sacred Valley of the Incas dominated.

During the Spanish conquest in the 16th century, Pisac was invaded. Many of its structures were damaged, especially the set of hundreds of Inca tombs, which were considered profane by Europeans. Between 1570 and 1575, Viceroy Toledo created the reduction of the town of Pisac where Christian churches and colonial houses were built. The tradition of commerce in Pisac continues to this day through the famous artisan market that takes place every Sunday. Currently, its population speaks Quechua, the language of the Incas and preserves many traditions of the colony and the Inca period.

The walls – A group of large walls that served as the entrance to the enclosure in the eastern part. It has five doors or entrances where the 'Amaru Punku' stands out, a Quechua word that means 'Door of the snake'.

The tunnels – Two corridors within the Pisac mountain that would have served to perform religious rituals. The first reaches 16 meters and the second, 3 meters.

The Inca Bridge – The bases of several Inca suspension bridges in Pisac are located on the western side of the enclosure. These bridges were made of wild straw and were widely used throughout the empire.

The Intihuatana – The most important structure in Pisac is the Intihuatana, a Quechua word that means 'Solar Clock'. This ceremonial structure made of stone on several levels is in the upper part of the enclosure. The upper surface in the form of a table, would have served to perform animal sacrifices in honor of the sun god, the most important of the Incas. In Machu Picchu and other Inca temples, there are also 'Intihuatanas'.

The colcas or deposits – The colcas were circular constructions where food was stored. In Pisac there are up to a set of six deposits arranged in rows of equal size. The Colcas were built in various parts of the vast empire of the Incas.

The Inca cemetery – Right in front of the archaeological site of Pisac there are cavities nestled on a high summit. These belonged to an ancient Inca cemetery that housed up to 10,000 graves. The Incas believed in reincarnation. Therefore, they were buried with some belongings. With the Spanish invasion in the 16th century, the cemetery was looted and destroyed.

The towers – At the top of Pisac there is a set of large polished stone towers. These protected the enclosure of possible dimensions. They would also have served for the flow of water in the place. Due to the abundance of these constructions, Pisac was also known as the 'City of Towers'.

The Enchanted ñusta – On the way to Pisac there is a rock formation in the shape of a woman who carries saddlebags on her back, as was the Inca tradition. Oral tradition attributes this structure to the legend of the Inca princess Inquill, who was turned into stone as a punishment from the gods for not obeying her father.

The Tiyanacuy – Pisac is made up of several neighborhoods or sets of enclosures where various minor buildings stand out. For example, in Tiyanacuy there is a throne for two people carved finely in a rock. This structure would have been destined to the Inca Pachacutec himself and his wife.

The calla casa – This set of enclosures, unlike others in Pisac, were built in a rustic way taking advantage of the rock formations at the top of the hills. You get there by avoiding difficult paths along cliffs. There would be service for the commoner class that lived in the city.

Pisaq – In the Pisaq or Pisaq'a neighborhood there is a set of more than twenty carved stone enclosures of good quality. It also highlights a viewpoint from where you can see the Sacred Valley of the Incas and currently, the town of Pisac.

The legend of the enchanted ñusta
According to this legend, the ruled of the citadel stated that his daughter Inquill would marry the man who would build a bridge over the Vilcamayo river in just one night. Prince Asto Rimaq accepted the challenge and began the job. The princess Inquil asked the gods to help him. They accepted on the condition that she not see the play until it was finished. She accepted but gave in to the temptation and turned around. The prince drowned in the river and she was turned to stone, her gaze fixed on Pisac.

The town of Pisac is one of the most famous towns in the Sacred Valley of the Incas. It is at the foot of the Inca archaeological site of the same name. During the colony it was a reduction of Indians where temples, squares and large houses were built. Its church, called 'San Pedro Apóstol', due to the saint who guards it, stands out. In this town its beautiful mountain landscapes and the Vilcanota river that bathes its fields attract attention. Also its artisan market, famous throughout Cusco. It has several hotel and restaurant services to receive the hundreds of tourists who arrive there every day to visit its archaeological site and its beautiful streets.

The Pisac market is one of the most popular tourist attractions in the Sacred Valley of the Incas. It is in the town of the same name. It has its origins from colonial times where products were exchanged in its square. Today, every day, it offers a great variety of groceries and crafts. However, it is on Sundays, when merchants come from different parts of the valley, that it fills with more color and, of course, better prices. The crowd congregates in the town square to do their shopping. Tourists can get there different artisan products such as: alpaca clothing, ceramics, polo shirts, gold and silver jewelry, masks, photographs, tapestries, backpacks and many more.

How much does it cost to visit Pisac?

With tour – A tour to the Sacred Valley of the Incas Full Day All Inclusive (includes a visit to the town, market and archaeological site of Pisac); It has an approximate cost of 70 US dollars.

On my own – To go on your own you must buy the 'Partial Cusco Tourist Ticket' which costs 70 Peruvian soles (22 US dollars) and includes: Pisac, Chinchero, Ollantaytambo and Moray. You must also hire transportation (private or public) and tourist guide service (in the same place).

You can visit the archaeological site of Pisac every day of the year from 7 in the morning until 6 in the afternoon.

When you go to Pisac do not forget to bring:

If you visit Pisac on your own, be encouraged to try the gastronomy in this town. The specialty is the 'cuy al palo', a typical Cusco dish made from cuy (guinea pig). You can also taste other dishes of Peruvian food, one of the best in the world. In the town there are good restaurants.

During your tour of the archaeological site of Pisac you will have to walk, go up and down stairs and platforms. Because of this, you will surely feel an accelerated agitation. This is due to the high altitude geography in the Andes. Go slowly without pushing yourself more than normal.

Pisac is also famous for its jewelers where there are demonstrations of making silver objects. Many of these stores offer prices below what you could find in other stores in Cusco, the Sacred Valley of the Incas and Machu Picchu.

If you visit Pisac, you should also take advantage of getting to know the other towns of the Sacred Valley of the Incas such as: Calca, Urubamba, Moray, Maras, Ollantaytambo and Chinchero. They all have a lot to offer. Tours to the Sacred Valley of the Incas already include a visit to these places. However, if you are going on your own, take a bus and tour as many places as you can.