Province of Paucartambo in Cusco

Paucartambo is part of the thirteen provinces belonging to the Cusco region. Its capital is the district of Paucartambo famous for its traditional festivities. However, the main tourist attraction is the natural spectacle known as the 'Three Golden Crosses', also called 'the most beautiful sunrise in the world'. Learn more about this Cusco province, its districts, festivities and tourist attractions.

All about the province of Paucartambo

Explore the province of Paucartambo

Paucartambo is a province of Cusco famous for hosting the festival in honor of the Virgen del Carmen. There you can also visit archaeological sites and the Tres Cruces de Oro viewpoint. Discover them! 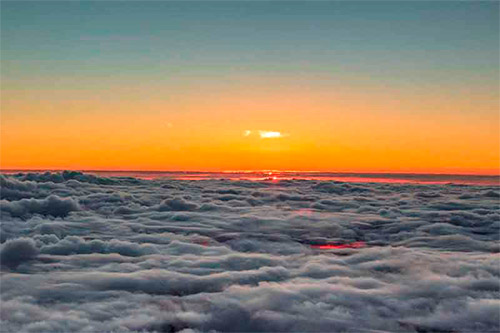 Tres cruces de oro is a viewpoint located in Paucartambo, Cusco. It is known as the most beautiful sunrise in the world. It is in the Manu National Park.

The territory of this province has a high Andean part and another large part belonging to the jungle region, specifically with the Manu National Park. Its territory covers an area of ​​approximately 6,925 square kilometers. According to the 2017 census, it has a population of 42,504 inhabitants.

Its name comes from the Quechua word 'Pawqartampu' which means 'tambo colorido'. During Inca times it played a major role as a point of trade between Cusco and the 'anti' or jungle region. Currently, many of its traditions are preserved, both Inca and colonial, as well as those of the different ethnic groups from the jungle.

Agriculture is the main economic activity in Paucartambo. Emphasizes the cultivation of potatoes, wheat and corn. Only five percent of its population lives in the city of Paucartambo. The rest inhabit the towns scattered throughout the province.

Paucartambo has several tourist attractions such as the archaeological sites of Mauk Allaqta, the petroglyphs of Kosñipata, the chullpas of Ninamarca or Watoqto. However, the most famous site is the Akhanacu viewpoint from where you can see the called 'the most beautiful sunrise in the world'.

Paucartambo is located on the eastern fringe of the Andes Mountains, 110 kilometers by road from the city of Cusco.

The city of Paucartambo, the capital of the province, is located at 2,906 meters above sea level. Geographically it is located on the banks of the Mapacho River. It is the gateway to the southern jungle, to the Manu National Park.

To get to the city of Paucartambo from the city of Cusco, you must take the public transport buses that depart from 'Diagonal Angamos' avenue.

Paucartambo has a history prior to the appearance of the Incas. This territory was occupied by various ethnic groups such as the Poke, the Lares and the Wallas. Later, in the fifteenth century, it was added to the nascent Inca empire for whom said territory was very important due to the constant trade with the remote ethnic groups of the jungle.

Already in colonial times, some defeated Inca peoples (such as the Japo, Kijo or Q'eros) took refuge in the difficult limits of the eastern mountain range. In 1565 the Spaniards established the village of Paucartambo, of great importance for the production of food both in the mountains and in the jungle of Cusco.

On June 21, 1825, after Peru's declaration of Independence, the province of Paucartambo was created under the ordinance of the liberator Simón Bolívar. Today Paucartambo is a territory that keeps alive various aspects of its Inca and colonial past, as well as the influences of jungle ethnic groups in the region.

These are the main tourist attractions in the province of Paucartambo:

The province of Paucartambo has a diverse climate due to its mountainous and jungle geography with different altitude levels. Its capital, the city of Paucartambo, is located at 2,906 meters above sea level. Its climate is humid temperate with temperatures ranging from a maximum of 24ºC. and a minimum of 4ºC. The rains are more intense from November to April, especially in January, February and March.

The biggest festival in the province is the one held in honor of the Virgen del Carmen. This festival stands out for the many and picturesque dances. You can also see gastronomic fairs, music shows, processions and many hubbub among the general population. It takes place every year from July 15 to 18. The main day is July 16.

The cost of admission to the 'Three Golden Crosses' viewpoint is 10 Peruvian soles. This is because the viewpoint is located in the Manu National Reserve. During your visit you can take advantage of knowing the landscapes and richness of flora and fauna of this Amazon region of Peru.

During your visit to Paucartambo, do not forget to bring a hat, sunscreen, mosquito repellent, comfortable clothing, a raincoat, as well as snacks, drinks, documents and cash.

There are few tours that include Paucartambo in their itinerary. The most important are those that include a visit to Tres Cruces de Oro (June 20, 21 or 22). Some services are also aimed at the Feast of the Virgen del Carmen (July 16).

This province is famous for the archaeological sites of Tipón and Piquillacta but also for Andahuaylillas, Oropesa, Huasao and the Qoylluriti festival.